Traditional methods fail because they do not address the underlying cause of violence and conflict: they do not relieve the acute political, ethnic, and religious tensions that fuel terrorism and conflict. Over 50 years ago, Maharishi Maharishi Yogi introduced the Transcendental Meditation program to the world, giving millions of people the means to systematically develop higher states of consciousness. The Transcendental Meditation technique is a simple, natural, effortless procedure practiced for 15 to 20 minutes in the morning and evening, while sitting comfortably in a chair with the eyes closed. During this technique, the individual’s awareness settles down and experiences a unique state of restful awareness. As the body becomes deeply relaxed, the mind transcends all mental activity to experience the simplest form of awareness, Transcendental Consciousness, where consciousness is open to itself. This is the self-referral state of consciousness. The experience of Transcendental Consciousness develops the individual’s latent creative potential while dissolving accumulated stress and fatigue through the deep rest gained during the practice. This experience enlivens the individual’s creativity, dynamism, orderliness, and organizing power, which results in increasing effectiveness and success in daily life.

Through regular practice of the Transcendental Meditation technique, individuals grow towards realizing their full potential—the state of enlightenment. The Transcendental Meditation technique is scientific, requiring neither specific beliefs nor adoption of a particular lifestyle. The practice dees not involve any effort or concentration.

It is easy to learn and does not require any special ability, People of all ages, educational backgrounds, cultures, and religions in countries around the world practice the Transcendental Meditation technique and enjoy its benefits.

Over 600 scientific research studies conducted during the past 35 years at more than 250 independent universities and research institutes in thirty-three countries have shown that the Transcendental Meditation program benefits all areas of individual life—mind, body, behavior, and society.

Included in this research is compelling evidence that even a small group of practitioners of the Transcendental Meditation program—as few as 1% of a population—create a positive influence on society reducing crime, accidents and other negative trends. This overall increase of positivity in societal trends arises from the increasing purity in collective consciousness of the entire population created by hundreds of individuals experiencing the pure silence and peace of Transcendental Consciousness. This phenomenon, first discovered by scientists in 1974, was named the Maharishi Effect in honor of Maharishi who had predicted it more than a decade earlier.

The discovery of the Maharishi Effect by modern science established a new formula for the creation of an ideal peaceful society, free from crime and problems. In 1976, Maharishi brought to light the Transcendental Meditation-Sidhi program, which includes the technique of Yogic Flying (see photo above). This advanced technology of peace enables those who practice the Transcendental Meditation technique to not only experience Transcendental Consciousness, but also to gain the habit of spontaneously projecting thought from this simplest form of awareness, pure consciousness. the total potential of Nature’s intelligence. This makes thought and action most natural and therefore most spontaneously evolutionary; it brings the support of all the Laws of Nature to the individual and thus opens the field of all possibilities for the fulfillment of every desire.

The post powerful of all the Transcendental Meditation-Sidhi techniques is Yogic Flying which demonstrates the ability of the individual to act from the level of Transcendental Consciousness and thereby enliven the total potential of Natural Law in all its expressions—mind, body, behavior, and environment. During the first stage of Yogic Flying, the body—motivated only by the effortless mental impulse of the Sidhi technique—rises in the air in a series of blissful hops. The ancient Vedic texts, such as the Patanjali Yoga Sutras, from which the Transcendental Meditation-Sidhi program is drawn, record that in advanced stages, this technique leads to actual floating in the air, or flying.

The mind-body coordination displayed by Yogic Flying shows that consciousness and its expression, the physiology, are in perfect balance. Scientific research has found that there is maximum coherence in brain waves during Yogic Flying, indicating high orderly and holistic functioning of the brain. (Click on chart below to enlarge.)

POWERFUL INFLUENCE OF PEACE THROUGHOUT SOCIETY

Even in the first stage the practice of Yogic Flying creates waves of bliss in the consciousness and physiology of the practitioner. The intensely blissful experience of the Yogic Flyer radiates into the environment, creating coherence in the atmosphere and spreading waves of upliftment and peace to the surrounding population. This phenomenon is clearly expressed in the Vedic literature:

In the vicinity of the phenomenon of Yoga, Yogic Flying, conflicting tendencies disappear. The unifying influence neutralizes the diversifying qualities in the area.

More than 50 replications including 25 studies published in leading peer-reviewed scientific journals or conference proceedings have demonstrated that groups of Yogic Flyers are extremely effective in generating the Maharishi Effect. In fact, scientists have found that such groups create such a strong influence of coherence in collective consciousness, that the square root of one percent of that population practicing Yogic Flying together creates the Maharishi Effect for the whole society.

It has been found, for example, that when seven thousand Yogic Flyers—approximately the square root of one percent of the world’s population—gather in one place to create coherence, as they did in December 983 to 1984 at Maharishi University of Management, USA, worldwide trends become more positive, with decreasing international violence and crime, and increases in harmonious tendencies in world events. With the discovery of this Global Maharishi Effect for the first time there exists an actual world peace technology.

If every government would create and sustain a coherence-creating group of Yogic Flyers—what Maharishi called A Group for a Government—it is clear that the world could be rid of war forever. The Global Country of World Peace is not waiting for governments to act but is already moving ahead to establish a global peace creating group through its Global Peace Initiative. 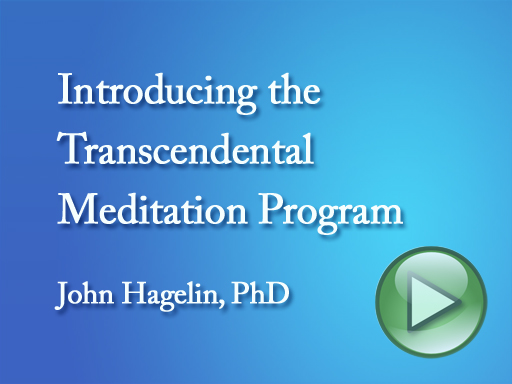