More than 600 scientists, Nobel Laureates, foremost educators, and political leaders from 21 countries converged in Kiev on 14–15 June to explore innovative solutions to the mounting problems of war and social conflict, and new approaches to national security and global peace. The global peace summit, entitled Science and Peace: Proven Solutions to Violence and Global Conflict, was hosted by the Global Union of Scientists for Peace.

An impressive array of field-tested solutions and promising new ideas were discussed and reviewed by the Global Assembly, including new approaches in education; security and defense; crime and rehabilitation; economics; revisions to our current social systems and governmental structures; and safeguarding civilization from the rising threats posed by global climate change. (See Day 1 presentations and Day 2 presentations.) 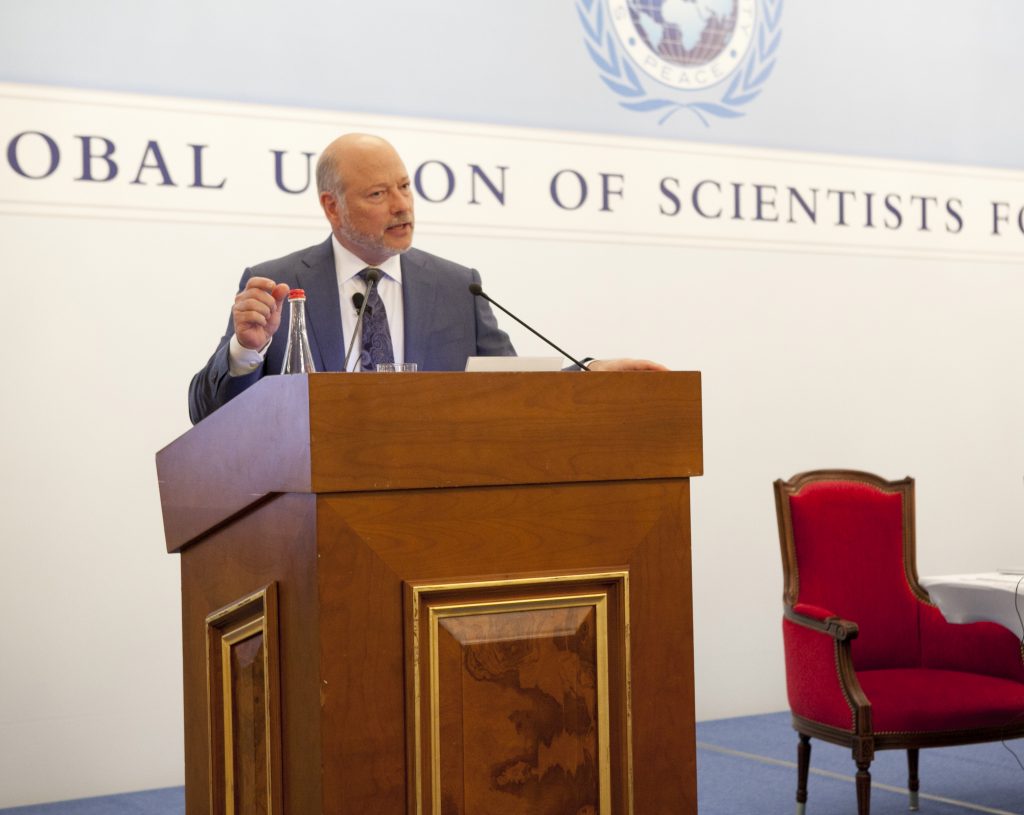 Dr. John Hagelin, International President of the Global Union of Scientists for Peace, gives his opening address  on the Brain-based Approach to Peace, a field-tested solution to violence and global conflict. 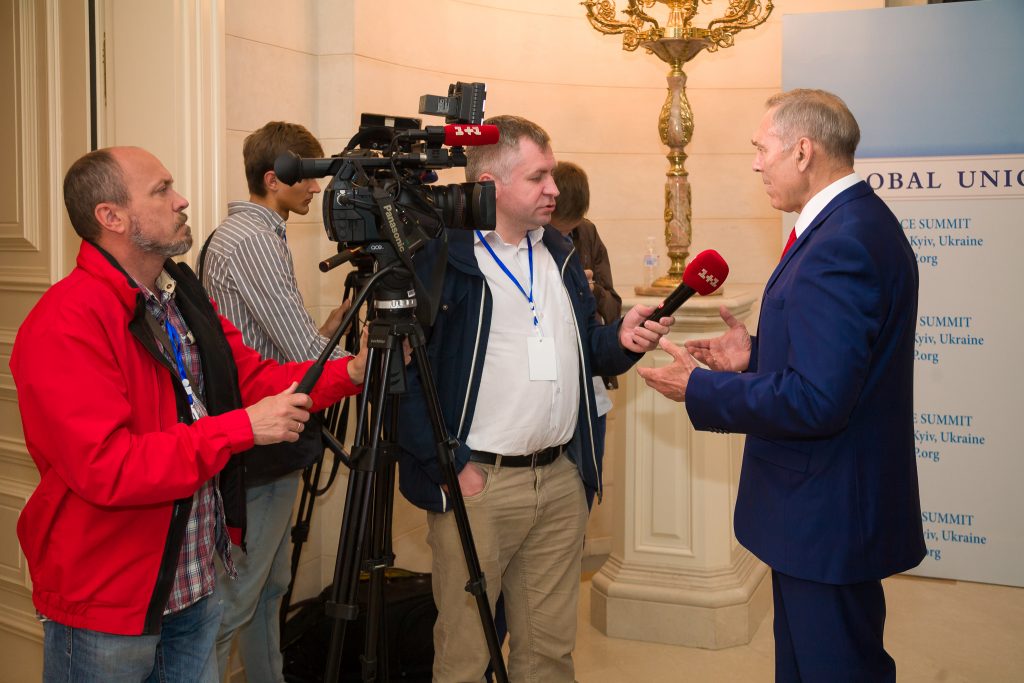 Gen. Vasul Krutov, Co-Chair of the Summit, GUSP Vice President of Expansion and former Chief of the Anti-Terrorism Center in Ukraine, speaks to the press. Thirty-eight news organizations covered the conference. 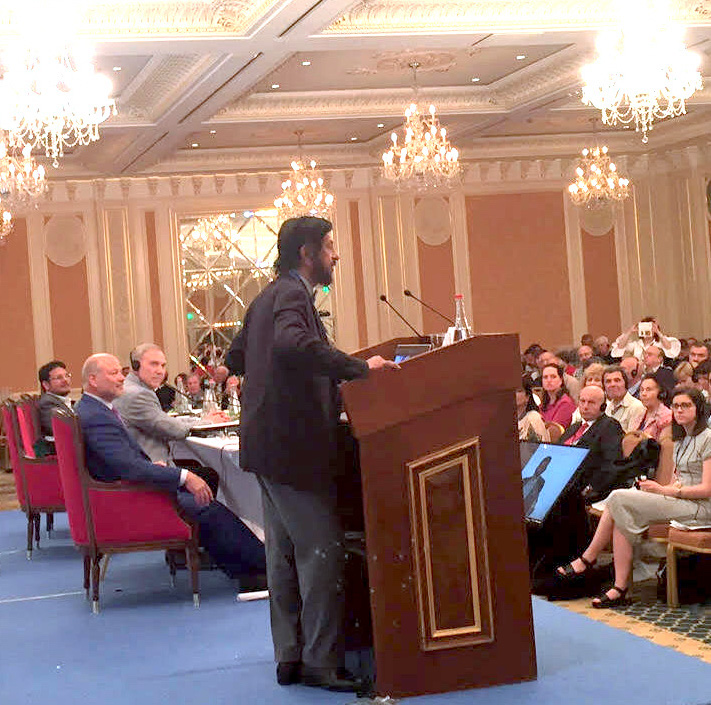 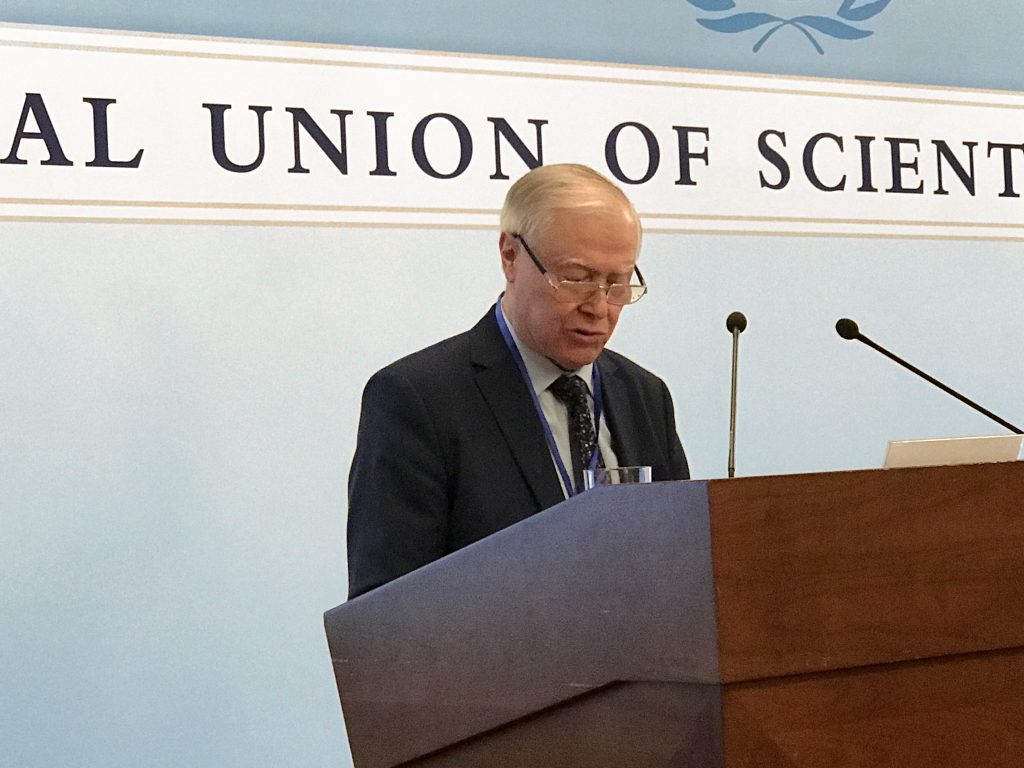 Renowned scientific, educational, political, cultural, and military leaders of Ukraine addressed the Conference and listened intently to presentations by former Presidents and many other leading representatives of nations, who presented compelling evidence for successful solutions that have markedly reduced crime and terrorist incidents, or in some instances have lifted their countries out of civil war and restored peace and prosperity to their nations.

Nearly half the Conference presentations focused on what has become known as the Brain-Based Approach to Peace (BBAP), a scientific method for relieving acute physiological and psychological stress, and thereby preventing stress-driven violent, antisocial behavior on both the individual and societal levels. This successful innovation has already been officially endorsed and formally implemented in numerous countries worldwide, including 22 countries in Latin America—countries in which BBAP has been broadly implemented in public education and in the training of the national armies and militia.

The military application of BBAP includes individual and collective practice of the evidence-based Transcendental Meditation program and related advanced techniques in special “prevention wings” within the military—wings that are designed to neutralize societal stress and prevent the outbreak of war. The effect of increased social harmony achieved by this approach has been demonstrated to lower crime, terrorism, and warfare, accompanied by improvements in the national economy, health, and quality of life.

A dramatic illustration was provided by the former President of Mozambique and Chair of the African Union, Joaquim Alberto Chissano, who famously used these methods to end 20 years of civil war and bring lasting peace to his country.

In its closing resolutions, the assembly of the Global Peace Summit called for the immediate widespread implementation of this Brain-Based Approach to Peace within the educational and security systems in Ukraine. (See Resolutions.) The assembly also called upon governments to immediately fund and implement this and other evidence-based, proven solutions in order to protect the safety and security of every nation. (See follow-up projects.)

A striking presentation was given by Dr. Rajendra Pachauri, former chair of the Intergovernmental Panel on Climate Change (IPCC), which, under his leadership, earned the Nobel Peace Prize in 2007. He showed how global climate change will cause severe threats to global security, and urged swift action to mitigate these effects.  The assembly of the Global Peace Summit unanimously endorsed the reality of climate science and climate change, and resolved to support all evidence-based methods and technologies to reduce the threats of climate change to the peace and security of the human race. (See Resolutions.)

The Global Union of Scientists for Peace was founded in 2005 with a mission to:

The conference took place in the Grand Ballroom of the beautiful Fairmont Hotel on the Dnipro River, with multiple large-screen monitors and simultaneous translations into several languages, so that participants from numerous countries could take full advantage of the conference proceedings.