The latest scientific discoveries in the fields of quantum mechanics and quantum field theory reveal the fundamental principles of invincibility that are practically applied through the Invincible Defense Technology and that can practically achieve unprecedented levels of national security, strength, and invincibility. These principles include:

The Principle of Indomitable Strength 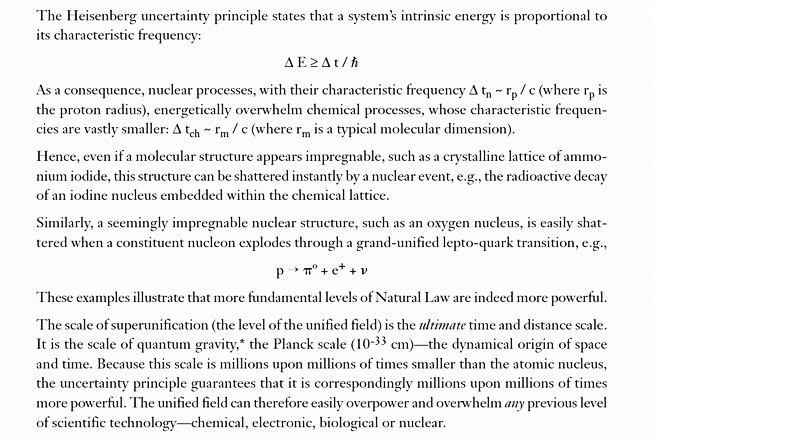 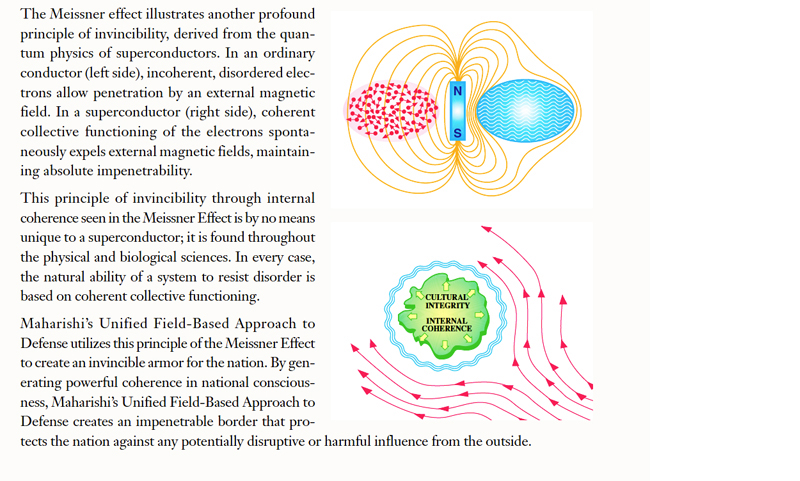 All these fundamental principles of invincibility—the principle of indomitable strength, the principle of impenetrable coherence (the Meissner Effect), and the principle of infinite adaptability (gauge supersymmetry)—become fully functional in the nation when the qualities of the unified field are enlivened in national consciousness through large groups of coherence-creating experts practicing the Invincible Defense Technology.

*Among the advanced techniques of Transcendental Meditation is “Yogic Flying,” an ancient but profound mental technique that generates powerful, sustained brainwave coherence. Regular practice of Yogic Flying brings growing mastery over the force of gravity, as demonstrated by the body’s spontaneous rising off the ground in response to a purely mental impulse.